Trout are usually less active and harder to catch when the weather is particularly warm (as they prefer the colder weather and water) or when an electric storm is brewing or approaching.

Catch and Release is a preferred option on the farm, but is non-negotiable for fishing on the Witpoort River. When practicing Catch and Release, please remember to flatten the barbs on your hooks, and wet your hands thoroughly when handling and releasing the fish.

The best overall flies to use on the farm are Black Woolly Bugger with blue tinsel, Green Woolly Bugger, Red-eyed Damsel, Mrs Simpson’s Special, midge pupae patterns and winter patterns (yellow and orange) between May and July.

To date (August 2011), the largest trout caught on the farm has been in excess of 3 kg.

In the Witpoort River though, the largest Brown Trout caught was 1.8 kg and the largest Rainbow Trout, 1 kg.

The average size of trout caught in the dams and weir is around 1 kg.  The fish caught in the Witpoort River though are usually a lot smaller (400 g) as they are wild bred.

The best eating fish are less than 800 g.

Stocking of dams and weir

Trout do not breed naturally in dams, weirs and still water.  For this reason, the dams and weir need to be stocked.  Two production dams next to Williams Favourite are used to grow fish to at least 1 kg before they are released into the dams and weir.  This is a continual process, and the dams and weir are stocked on a regular basis using these fish.  In addition, there is an annual stocking of bigger fish, with an average weight of 1.5 kg around May / June.

Note that no fish are fed on the farm, except for those in the production dams.  Visitors therefore need to be more patient when fishing for these fish than you would for artificially fed trout at some of the other venues.

The weir fishes well at any time of the day.

This dam fishes best in the last hour or so before it is dark.

Trout can breed naturally in a flowing river that has suitable rapids and gravel beds.  The Witpoort River has this and hence trout breed naturally in the system.  These trout are usually more difficult to catch, but provide a good fight, albeit that they are smaller than their dam counterparts.  Please note that ALL fishing in the river is strictly “Catch and Release” and that the river is closed from 1 May to 31 August in order to allow the fish to breed. 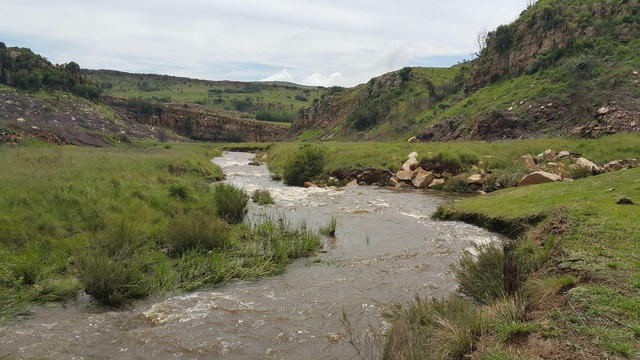 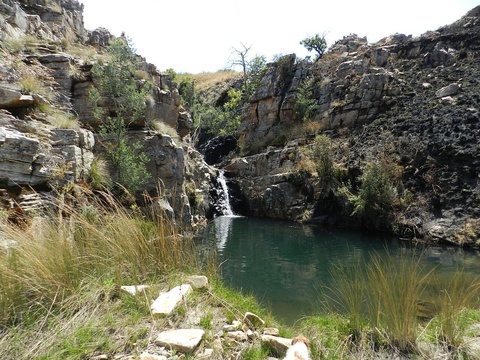 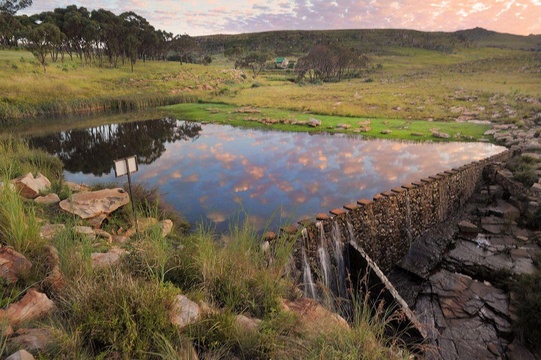 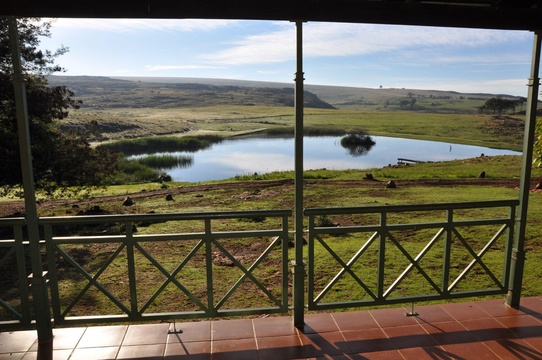